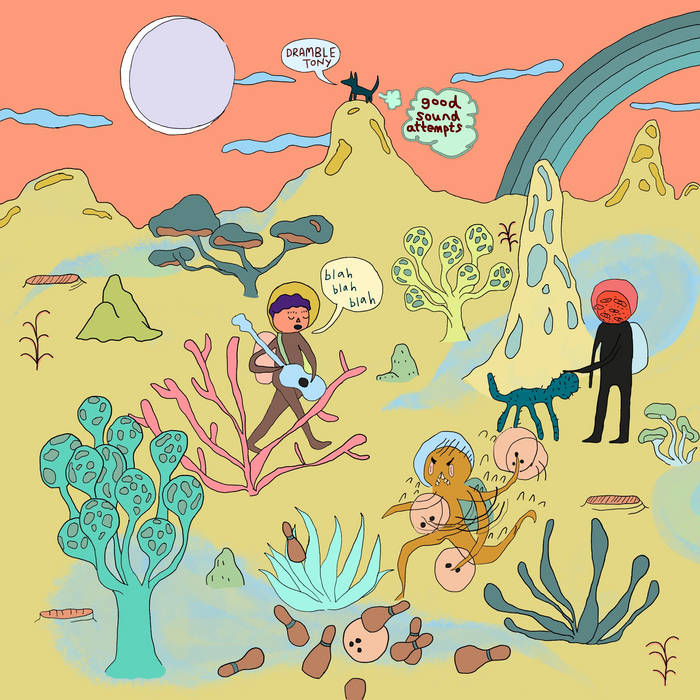 Recorded in the futon room. I would say bedroom but there was no bed, just a futon and mountains of gear. This one was supposed to be the real deal super studio album that Jesus and I were planning to record after having played who knows how many shows in Modesto and a handful in the bay area. But then Jesus left town for a bit, which is something people have to do sometimes and that is okay. The only song that made it from the planned setlist is Dead Fuzzy Blah. The rest of the songs intended for the super album got released on a live album recorded at Brick and Mortar in SF which was the last show Jesus and I played together back in 2017. I took that album offline because I don't think the sound quality was really up to par but I can send it to you if you'd like to hear it, just send a message to me somehow. The other songs on this album are re-workings of some old favorites I did all guitar, bass, and synth parts and vox. I used/played an old Korg SR-120 drum machine for all the drum parts. This album was promoted infamously at a show with Sloome at the Queen Bean for KCSS's Rocksgiving. I must have been at least 8loco deep and tried playing songs from this release and I think I had a good time, kind of fuzzy. The album cover was made by Claire Astrow, thanks Claire, I will forever cherish it.